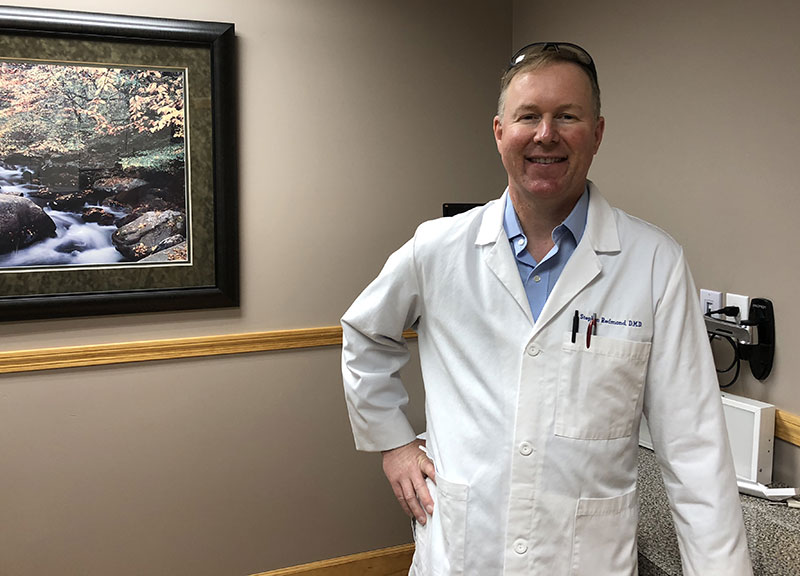 Dr Redmond’s undergraduate background was Chemical Engineering and is a graduate of  Rutgers University.  His dental training was at the University of Medicine and Dentistry of New Jersey where he graduated in 1995 with honors and was president of his class.  Dr Redmond continued his training with a general practice residency at the National Naval Dental Center in Bethesda, Maryland.  He served as a Naval Dental Officer for 9 years with Surface, Air and Marine Corps commands.  During his years as a Naval Officer he deployed around the world and participated in operations in Bosnia, Albania, and Zaire. He was named the Navy’s “Top Doc” in 2001 for the Northeast Command.  He left active service with the rank of Commander in 2004 to spend more time with his family.  Dr Redmond has been practicing in Hudson Falls, NY since 2004.  His wife, Monica, is a practicing Optometrist.  He has two children who occupy much of his free time.  A passionate lover of the Adirondacks, he enjoys skiing, hiking and spending time in his garden.